2019 was a good year for everyone working to prevent and reduce food waste in Norway. Together with the Food Industry and the Government, we have reached important milestones. Below is a summary of some of the most important actions in the past year. 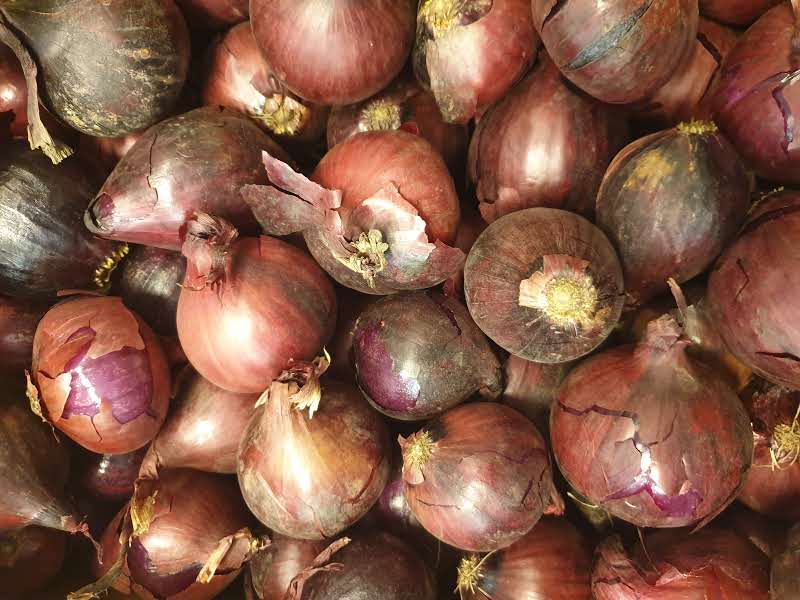 2019 was a good year for everyone working to prevent and reduce food waste in Norway. Together with the Food Industry and the Government, we have reached important milestones. Below is a summary of some of the most important actions in the past year.

"Negotiated Agreement on Food Waste Reduction"- 103 companies on board. 24 new companies signed the declaration of endorsement in 2019. The new sectors that have joined the agreement are bakeries, kiosks, gas stations and convenience stores. There are already many good examples of how companies are working purposefully to prevent and reduce food waste. See all the companies involved and examples of good initiatives here.

Food waste is reduced by 12 %. From 2015 to 2018, food waste in the manufacturing-, wholesale and grocery sectors was reduced by 16,000 tons, which corresponds to a reduction of 3.8 kg per capita or 12 %. This is in addition to the 14 %-reduction achieved by the industry between 2010 and 2015. This indicates that the industry is on track to reach the first sub-target in the Negotiated Agreement of 15 % food waste reduction by 2020. Greenhouse gas emissions and economic loss were also reduced during the same period, by 2 % and 12 %, respectively. The survey report with key figures for 2015-2018 can be found here.

"KuttMatsvinn2020" - more than 2.000 food service businesses have now joined! The Food Service sector has a goal of reducing food waste by 20 % by the end of 2020. The project was launched in 2017 and after three years, businesses representing over 2000 eating places have joined. The main focus of the project is to get food service businesses to measure food waste systematically and work on waste reduction measures. Up to the present time, 42 % of hotels, 46 % of restaurants and 63 % of the canteens that have delivered food waste data have already achieved the reduction target of at least 20% food waste reduction. In 2019, several actors from the public sector, kiosks and convenience stores, as well as bakeries, have joined the project.

"Guidelines for Safe Reuse of Food" will reduce food waste. As part of KuttMatsvinn2020 Research project, Matvett (The Food Industry’s organization for Food Waste prevention and Reduction) and the research institutes Nofima and Østfoldforskning developed a guide with practical tips and advice on how to ensure safe reuse of food. The purpose of the guide is to provide professional support and inspiration to those who make and sell ready-made food, so that they become confident in their assessment of whether food that has been presented can be used again or whether it should be discarded. Read more about the guidelines and download them here.

Cut Food Waste Week and Festival in May. In May last year, a “Cut Food Waste” week was arranged by Matvett to mobilize actors in the food service industry to make their efforts reducing food waste visible. The Cut Food Waste Week gained attention in social media, both through examples of how some of the participating food businesses communicate with their guests to throw less food and in connection with a "Look, smell, taste" campaign that Matvett conducted in social media. Read more about the campaign here.  A festival was also held in downtown Oslo, in Opland Bakgård by the city’s main Train Station, on Saturday, May 25. The event was arranged in collaboration with The Environment Agency at Oslo’s Municipality, Oslo European Green Capital, a network of actors working to reduce food waste in Norway, such as Too Good To Go, the Network of Norwegian Food Banks, the movements “Eat your food!” and “Foodlist”, as well as several food service business.

“Food shock” on NRK .The National TV network launched a 5- episode documentary series on food waste that not only raised awareness about the problem among consumers, but also contributed to saving 10 tonnes of sheep meat from going to waste and changes on the sugar- tax law, that hindered the donation of surplus products with added sugar.

Less food waste at municipalities and households! Norway's biggest environmental organization, The Future in Our Hands continued the success of their "FoodWIn" project which now includes more than 10 municipalities. The project is part of their "Climate heroe" campaign, which you can read more about here. In addition, their "Food Win Challange" gathered more than 40 families who reduced their food waste by 70% in just a month!

Food Banks from south to north. Food Banks Norway is also part of this summary! Food Banks rescue surplus food from the food industry and ensure that the food is redis tributed safely and effectively to nonprofit organizations that help disadvantaged people. By the end of the year, our network had seven food banks around the country. The umbrella organization Food Banks Norway coordinated various relevant national projects and continued working for a more comprehensive financing of the network. One of the most popular projects in 2019 was the launch of the Donation Map to help small business donate surplus food directly to a local charity organization. The country's food banks redistributed in 2019 over 2625 tons of food, which equals 5.25 million meals. In the worst- case scenario, this food had been thrown away, therefore Food Banks make a significant contribution to giving food, people and the environment another chance.

EU Food Waste Platform launched report with recommended measures . The research institutes Nofima and Østfold Research together with Matvett participate as a consortium in the EU Food Waste Platform for Food Losses and Food Waste, which was established in 2016 and will be completed in 2021. One of the most important deliveries over the past year has been a major report on recommended measures at all stages of the value chain: "Recommendations for Action in Food Waste Prevention". The Norwegian consortium has participated in the working group behind the report, and it is positive that several of the measures adopted are based on the Norwegian work. The report can be read here.

Too Good to Go reaches a record! July 2019 marked 2 million meals saved from becoming food waste by users of the app Too Good To Go. In addition TGTG launched a comprehensive online knowledge base with information about food waste on their website and visited 9 schools in Oslo with their educational programme.

Expectations for 2020 With the start of the "Sustainability Decade",  industry actors, academia and authorities will work towards a more circular economy and a green shift more than ever. Food Banks Norway will continue to pave the way for the Food Industry to succeed in halving food waste by 2030 by being an efficient tool for the management of surplus food and redistribute even more food to people in need. We look forward to continuing the good cooperation with industry actors, authorities and other organizations that support the fight against food waste!